The first two races of the 2014 Aero Racing Challenge Series were held at the Snetterton 300 Circuit on April 12th.

This was also Tim’s first time out in the Class C New Elms Morgan Plus 8 since winning the title outright in 2011. 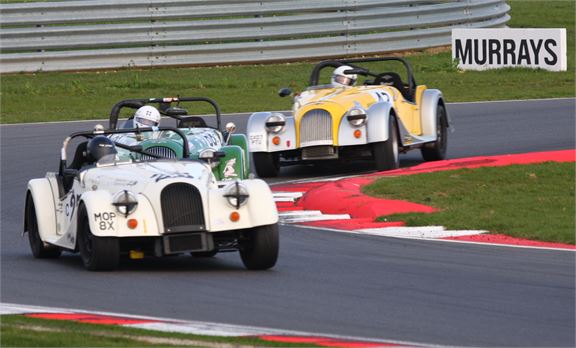 Car and driver were immediately on form claiming the Class Pole Position for the first race rolling start.

After leading the class throughout the race, a “driver error” on the last lap and an off course excursion dropped us to fourth, albeit with a fastest lap as a bonus!

The second race was to be started in the finishing order of the first, so we had quite a challenge to overcome.

After a great start, some close racing and decisive overtaking, we took the class win.

Next race for the New Elms Morgan Team is at Castle Combe on Bank Holiday Monday 26th May.