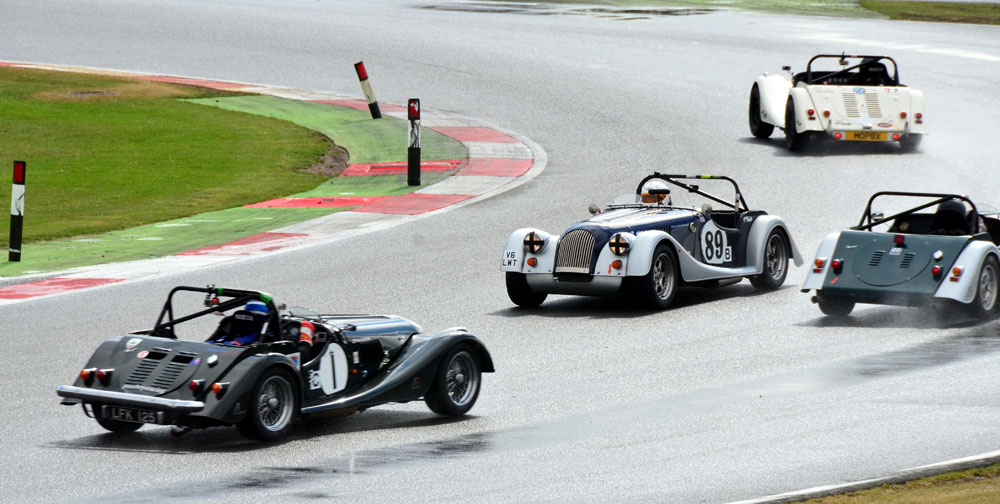 The only visit to Silverstone this year by the “AR Motorsport” Challenge competitors was on August 2nd 2014. This was the ever popular meeting hosted by the Bentley Drivers Club on the short National Circuit.

Qualifying was held in bright dry conditions, although rain was forecast. Despite the New Elms Class C Plus 8 losing 5th gear after just 4 laps, Tim managed to qualify 15th from 30 entrants and second in his Class.

By the start of the race there had been several hours of heavy rain and the track was “sodden”. Cars were spinning and going off on nearly every bend.

Then, after a safety car period, Tim nipped through to win his Class and finish 7th overall. As a bonus he was voted“Driver of the Day” !

(Although the outright championship win has already been won by Keith Ahlers in his Class A Plus 8….Well done Keith)