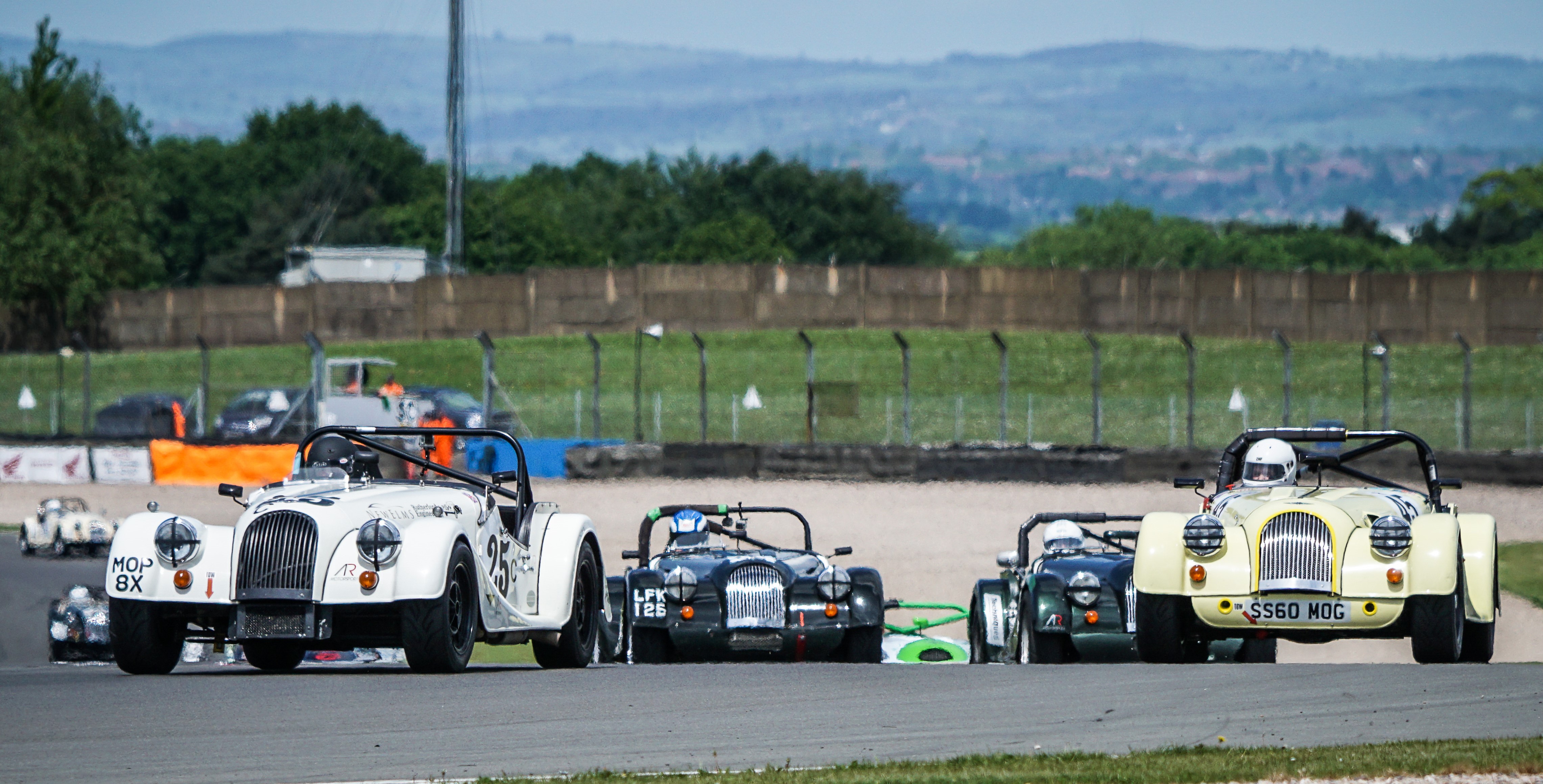 The MSCC’s own annual race meeting at Donington on 22nd May promised to be a wet affair but the Sunday dawned bright and dry and stayed that way until after the last race.

Because of the number of entrants the races were split into two groups with the faster A and B classes having their own two races. Classes C, D, E and R another two races.

First on the programme was the Peter Morgan Memorial Trophy race for C, D, E, and R and from pole position Tim held the lead, despite challenges from Tim Parsons, Simon Scott, Philip Tisdall and Steve McDonald, to win the race and Class C.

The second race was the Aero Racing Motorsport Trophy and again from pole position Tim led throughout to claim his second win of the day.

John Bevan in the other New Elms prepared car had a good days racing. He improved on his qualifying lap time in the first race by 7.3 seconds and achieved a further 2.6 seconds improvement in his second race. 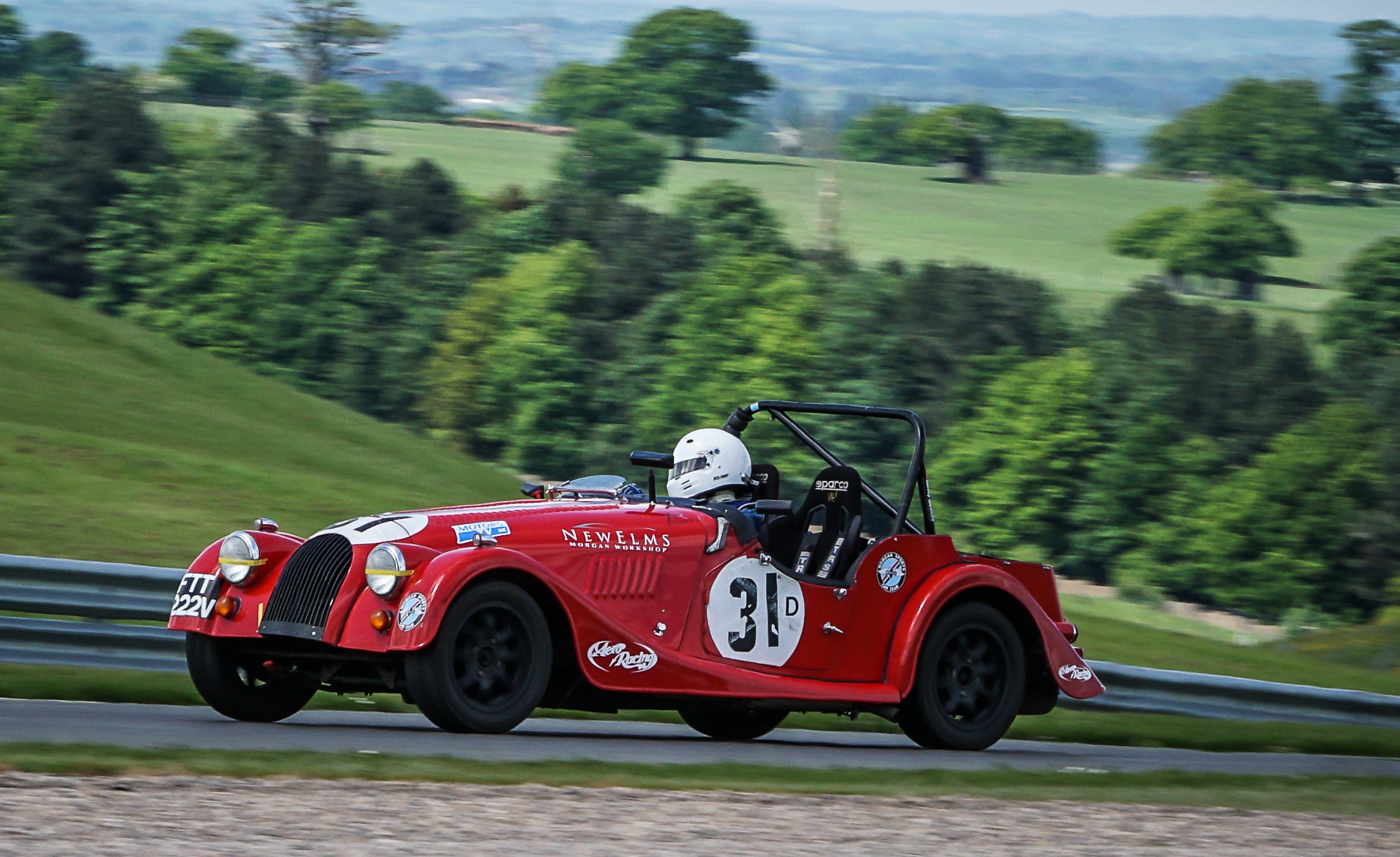 It is now very close on points for the overall championship with Tim and Henry Williams sharing the lead and Elliot Paterson one point behind.

Next race is on 5th June on the Silverstone Historic GP Circuit. 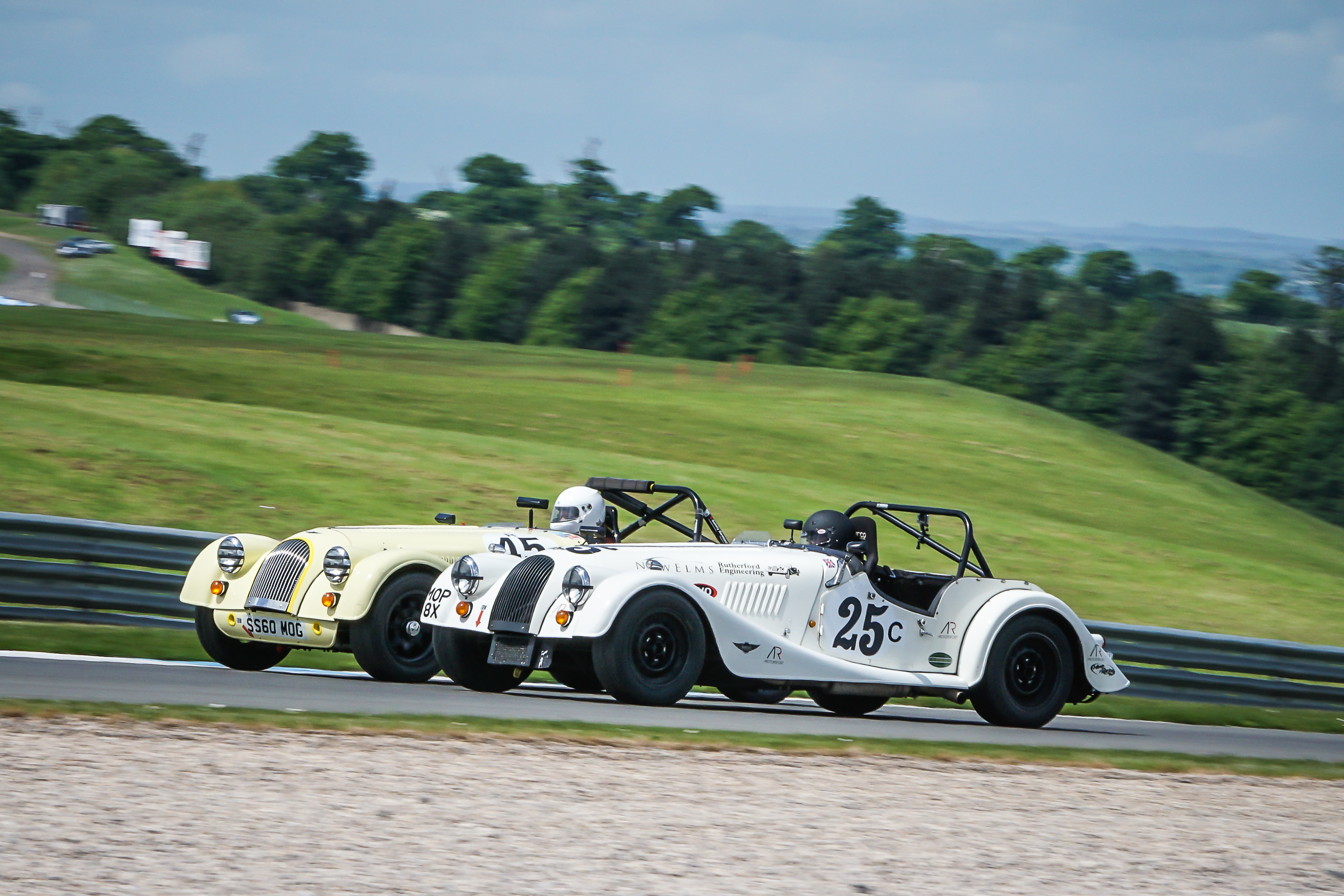 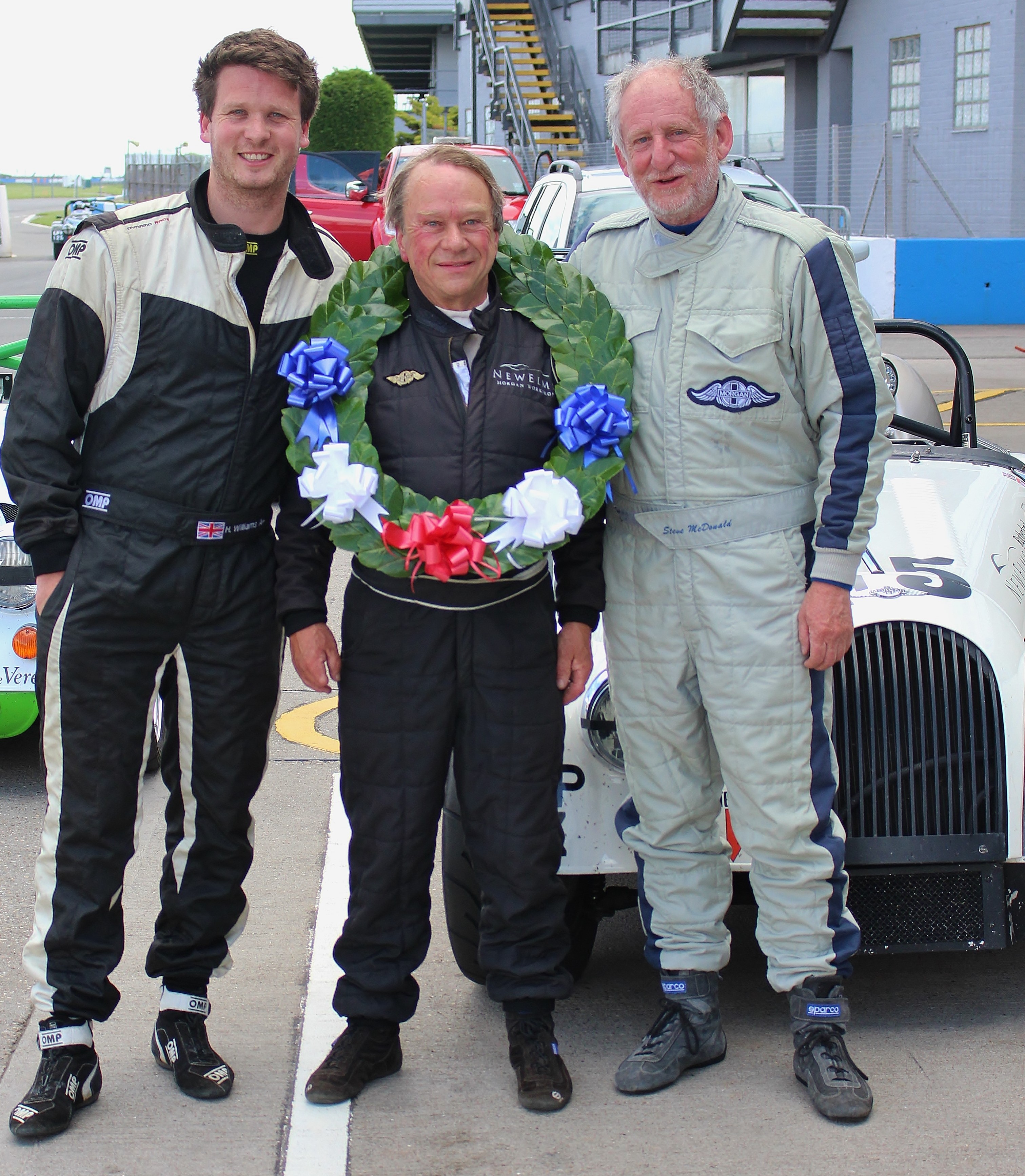